Over the last few years folding bikes have grown in popularity. As bike manufacturers have made better and better folding bikes there’s been an increase in cyclists purchasing them.

According to market analysts, the folding bike industry will continue to grow until 2024. Cyclists (especially commuters) are realizing there are benefits to owning a bicycle that is designed to fold up while not in use. As folding bikes become lighter, stronger, and fold up smaller we will see more of them on the road.

So are folding bikes worth it? Yes, they are the perfect bike for commuters. Their functionality makes them easy to transport on public transportation systems. You can carry them with you and so you won’t need to worry about it being stolen. To top it off – they fold into a compact shape that makes storing them in your office or home very easy. Folding bikes are worth it!

The Advantages of a Folding Bike

One of the most upsetting things that can happen to a cyclist is having their bicycle stolen.

For many city dwelling cyclists they purchase multiple locks and have an intricate system to keep their bicycle secure while locked outside.

Many bike commuters don’t have the luxury of bringing a full size bicycle into their office space to keep an eye on it while they work.

Others, like me for many years, had to leave their bicycle locked up outside at night, because there wasn’t space inside their home. In fact, both of the bicycles that have been stolen from me were outside when it happened. A lock is a deterrent from thieves, but not guaranteed to keep your bike safe.

One of the huge advantages of a folding bike is that you can keep it with you. Even if you live in a small apartment or work in a small cubicle you can find a place for a folded bike. Tuck it in the corner or place it under your desk.

One of Brompton’s folding bikes sizes at 23″ x 22.2″ x 10.6″ while folded. No longer will you need to worry if your bike will be stolen, because it can keep close to you.

When I first hear about folding bikes I thought they were a gimmick.

A quick idea that a businessman had come up with to sell lots of product. This false perception of folding bikes also made me assume that they must be poorly made.

I couldn’t be farther off. Brompton, Dahon, Montague are all bike manufacturers who produced high quality, top of the line bikes. Their folding bikes are no different (Dahon only makes folding bikes). Depending on the folding bike they are made of aluminum, chromaly steel, and titanium.

Folding bikes are designed to be folded. While each company takes a different approach to their folding design they’re all easy to learn and quick to do. Folding and unfolding these bikes won’t require magic. Most folding bikes can be folded within 30 seconds or less.

Each bike company has a different design and method to getting their bikes to fold, but the end result is the same. Folding bikes are made to transform from a fully functioning bicycle to a modest size.

The compact shape of a folding bike makes them easy to store when not in use. We wrote an entire article giving tips on how to store a fully sized bike while at work, because many commuters were struggling to find a place to securely store their bike.

This just isn’t a problem with folding bikes. Fold it up and put it in a closet or under your desk. They take up very little space.

Folding bikes have opened the possibility to bike commute for thousands of people.

Many people are open to riding a bike as a commuter, but the distance they would need to pedal was too far or would take too long. One of the positive aspects of folding bikes is that you can ride them to a nearby bus, train, or metro and fold it up to bring it on board.

It’s a nuisance to do this with a full size bicycle, but a folding bike makes it easy. People are choosing folding bikes, because a commute to work can be done partly on the bike and partly via public transportation.

Not only can you carry them by hand, but folding bikes are easy to transport in a car trunk or in an overhead bin of a plane. Hoping to go for a ride on a business trip, but you can’t bring your full-size bike with you? Pack up your folding bike and you’ll be able to pedal while you’re on your trip. 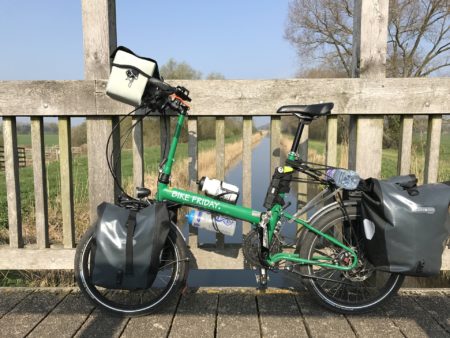 The Cons of a Foldable Bike

The first time I lifted a folding bike I was surprised by their weight. I assumed that because they folded into a tidy-carry size that they would be incredibly light too. I was mistaken as they are not as light as a feather.

Most folding bikes range anywhere from 18 lbs to 35 lbs.

The price of folding bikes are often more expensive than their non-folding bike counterpart. You’re paying extra to own a bike that can fold like an origami piece.

Folding bikes offer a bumpier, stiffer ride compared to other non-folding bikes. The reason mainly comes down to tire sizing.

Folding bikes have a wide range of wheel sizes from 10 inches up to 26 inches. The most popular tire sizes for folding bikes are 16, 20, and 24 inches.

These smaller wheels don’t handle bumps as well as larger wheels and can give a bumpier ride. If you’re looking for a ride as smooth as butter than I would steer clear from folding bikes. It won’t be as smooth as your fat tire cruiser or your full suspension mountain bike.

The Folding Bikes We Recommend

My opinion is that Kespor makes the best folding bikes on the market. They’re more expensive, but worth the cost.

If you’re looking for a folding bike you want one that rides well and folds well, Kespors do both.

Kespors have a fantastic braking system, that really is in a class of its own. Also, this bike is really versatile for riders of all sizes (big and small). This bike is sturdy, compact, and just really does the job beautifully. To find out the latest price on Amazon go here. 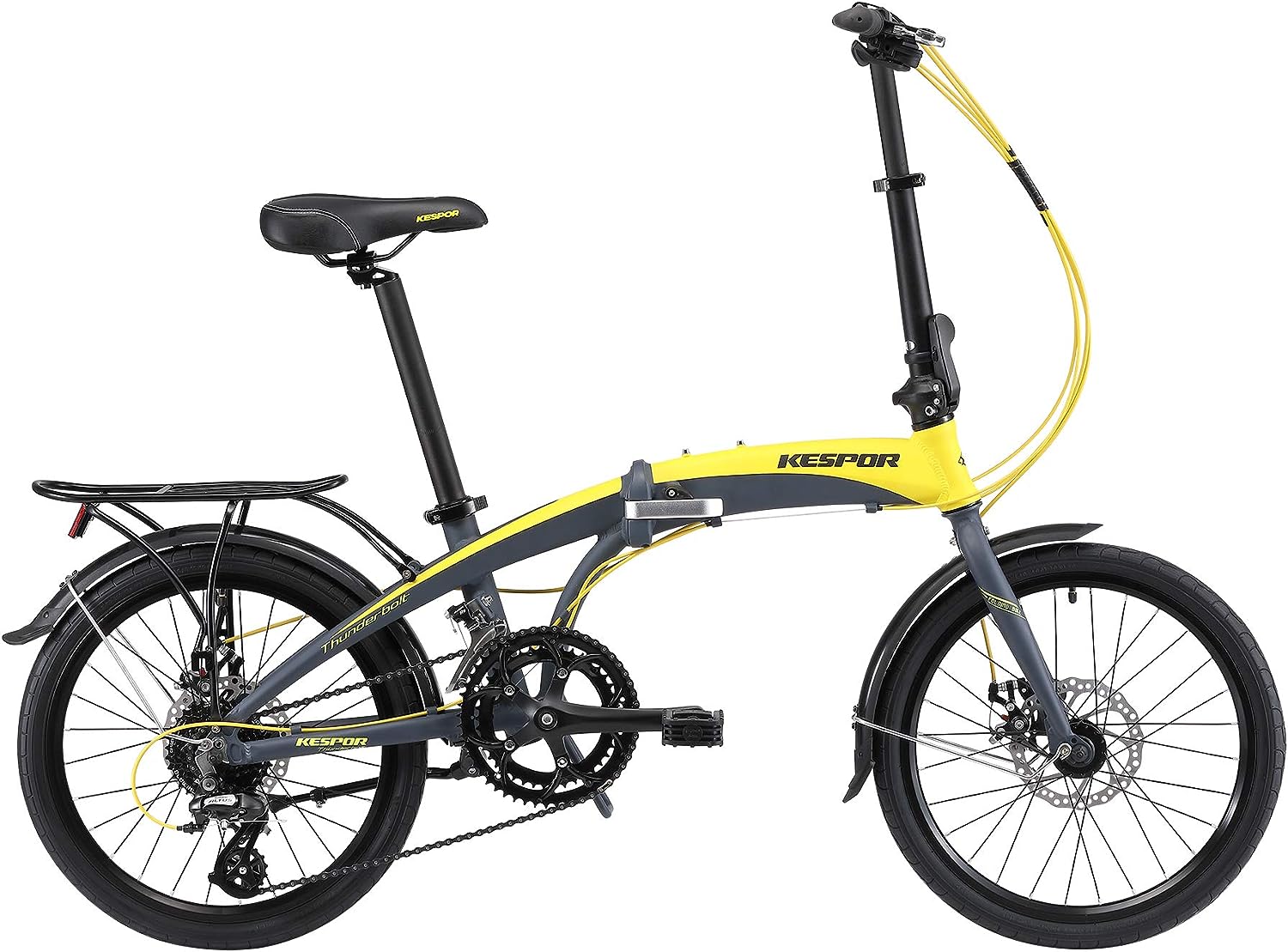 I think the IDS Home U Transformer is quite easily the best budget folding bike on the market.

This bike is light enough to make it a fantastic option for commuting, public transport, and just generally carrying under arm whenever necessary.

It is well made, durable, and just ticks every box necessary, despite being at the budget end of the market.

To find out the latest prices on this bike go to Amazon here.

Are folding bikes safe? ​Yes, they are safe as long as you’re following the weight restrictions. Every folding bike has a weight capacity and should not be exceeded. Folding bikes are structurally strong, and crafted to be durable. They do not break easily unless you’ve placed too much weight on them.

Do folding bikes look stupid? Haha! I’ve heard people suggest that they make cyclists look like a clown. You’ll need to make your own decision about how they look, but my opinion is that they don’t look stupid if you’re in normal street clothes. I do think it’s funny to see lycra-clad cyclists riding folding bikes in the upright position. Are they in a race? If you’re in normal clothes, I don’t think riding a folding bike looks stupid or like you belong in the circus.