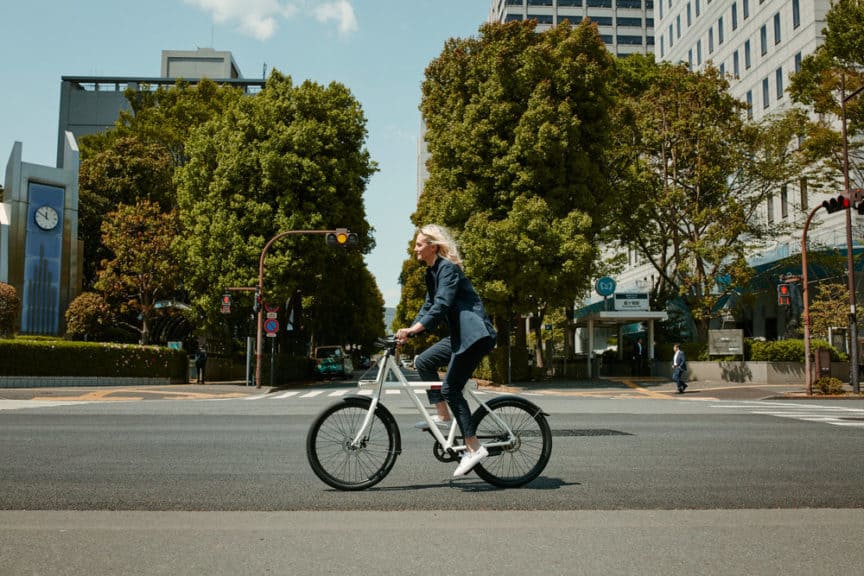 Unfortunately, bike theft is a huge problem on a lot of school campuses and in bike-friendly neighborhoods. While a bike lock may be a smart start, most are easy to break or work around. Because of this, you, as a conscientious electric bike owner are probably considering trackers.

Do electric bikes have trackers? While newer models of electric bikes may come with trackers already installed on them, they are fairly expensive. Another option to consider is purchasing a tracker and installing it on the bike. This will provide the additional security desired.

Bike in general are stolen often, but for a thief an electric bike is like a diamond. Electric bikes are more expensive than most regular bikes, and so they’re considered great targets for the high number of bike thieves out there. The best thing an owner can do is learn more about tracking devices to discourage theft, or in a worst-case scenario, track the thief.

Electric Bikes that Come With a Tracker

There are very few electric bikes on the market that come straight from the manufacturer with a GPS tracker already installed on the body. While it’s expected for more electric bike retailers to move forward with heightened technology in the near future, we found two brands that were really worth noting.

Their bikes are customizable with some really awesome trackers and additional features that any electric bike lover would drool over.

Electrified S2/X2 by VanMoof: Our first hit is probably the coolest bike ever to hit the scene. At a premium of nearly $4,000 (US), this bike basically comes with all the anti-theft features of a car. This includes a mobile app, automatic rider recognition, and an alarm system that can only be disabled by the owner’s personal code.

The bells and whistles on this gorgeous electric bike are too numerous to describe. Plus, the battery and motor on these bikes are nearly invisible, so they look just like a standard bike.

Stromer: Their bikes are super cool with worldwide anti-theft tracking and a remote lockout system. According to their site, no other electric bike’s security system comes close to theirs. You can even customize the bike to your own specs. Stromer has a handful of bike frame options and a wide variety of other options. The cost of this will start at around $4,500.

ZEERKEER Hidden Vehicle GPS Tracker (see on Amazon): At a good price, this nifty little tracker does all the great things you want your bike’s security system to do. It includes an app that allows you to position your bike within 5 meters. Other features include high speed and low power alarms, a super-strong magnet to hold onto the frame, and a waterproof/dustproof body, so you don’t have to worry about the elements.

TKSTAR GPS Tracker (See on Amazon): Like the first, this high-power tracker is a relatively cheap price, and comes with a phone app to track your bike to within 10 meters. It also works with Google Maps for real-time accuracy. This is cool because Google Maps is the most accurate mapping system to date.

Spybike: There are several options through Spybike, but we like this option that hides in the handlebars. It’s discreet and highly unlikely a thief will know where to find it. It comes with online tracking and will notify you if your bike moves without you. This is a European company, so it’ll be more than $100 after shipping is considered.

TKStar GPS Tracker Light: This is another GPS tracker made to look like a natural part of the bike. We like it because it has the bells and whistles of our favorite trackers while being discreet. Check it out on Amazon.

GPS is not the only thing some of the better electric bike trackers come with. A great tracker won’t just show you where you can find your bike. It could hinder a thief in other ways, as well. Here are some of the cool features of a high-quality tracker.

Geo-fencing is a neat feature offered by several of the electric bike security systems on the market. A geo-fence is a predetermined boundary that, once left, triggers a message to be delivered to the owner’s phone.

High-Speed Alarms come on several electric bike trackers, and there’s a good reason for this. By law, electric bikes are not allowed to be powerful enough to go over 20 miles per hour by the motor alone. In other words, if you can pedal fast enough to go over 20 miles per hour, good for you, but the engine on your bike cannot be the reason you are traveling that fast. So, what’s great about a high-speed alarm on your bike is that it will let you know if your bike is going unnaturally fast.

Something we thought was cool on the Stromer electric bikes was the Bluetooth lock. Some of the aftermarket options include this as well. It’s a powered rear wheel lock that is enabled or disabled using an app on your phone. This makes it a whole lot harder for a thief to wheel your bike away.

Considering that most electric bikes are at least 40 pounds, this means that a thief is going to look more conspicuous trying to get away with your bike and will more likely draw attention to themselves as they fumble with a non-rolling bike. Especially if the bike also comes with:

A loud annoying alarm. Thanks to the security features of locking tires and GPS location settings, if your bike moves without you telling the app on your phone that it’s okay, a loud alarm with go off. Similar to car alarms, a bike alarm will draw unwanted attention to the thief, and they’re likely to run off.

Being able to locate a stolen bike is a great reason to install a GPS tracker on your bike, but there are some other benefits as well. There are safety sensors out there for bikes (and even helmets) that will detect a crash.

Alert emergency services and your emergency contact of your location so you can get help as quickly as possible. Here’s a particularly cool safety sensor that you can attach to your helmet from Specialized.

Are GPS Trackers worth it?

They can be useful, but they’re not failure proof. I’d research the GPS tracker you’re planning to use thoroughly. They definitely have their benefits. One benefit is the peace of mind that your bike can be recovered if its stolen. Another benefit is that a GPS tracker could be the one thing that makes getting a stolen eBike back into your hands possible.

A couple negatives are that GPS trackers run out of battery. They don’t last forever, but will need to be charged or have their batteries replaced. Another problem is that it is possible for a GPS tracker to lose reception. If the GPS tracker can’t get the proper reception it won’t give accurate information. Lastly some GPS tracking systems are REALLY good, but you will need to pay a monthly subscription. It’s like paying for bike theft insurance in a sense.

Lastly, you’ll need to put the tracker in a place that it can’t be removed or found. If an individual steals your bike, and knows that there’s a tracker on it they’ll just rip it off and throw it in the trash.

Is installing (or hiding) a GPS tracker on your eBike worth it? Only you can decide.

Even with a GPS tracker on your electric bike you should keep it locked and secure to prevent it from being stolen. I’d recommend always using two locks (at least) when securing in an outside location. In addition, you should read this article on what to do if your bike was stolen because it gives some great tips on ways to prevent an electric bike from being stolen.

As one last parting tip for all our friends enjoying the open roads on their safety-enhanced electric bikes by themselves: please, always let a friend know where you’re going and when you expect to arrive. While we love all the technology available to find your bike and even detect a crash, it is always a good idea to have people looking out for you.

If you’re interested in electric bicycles I would recommend checking out the other articles on Bicycle2Work by clicking here.