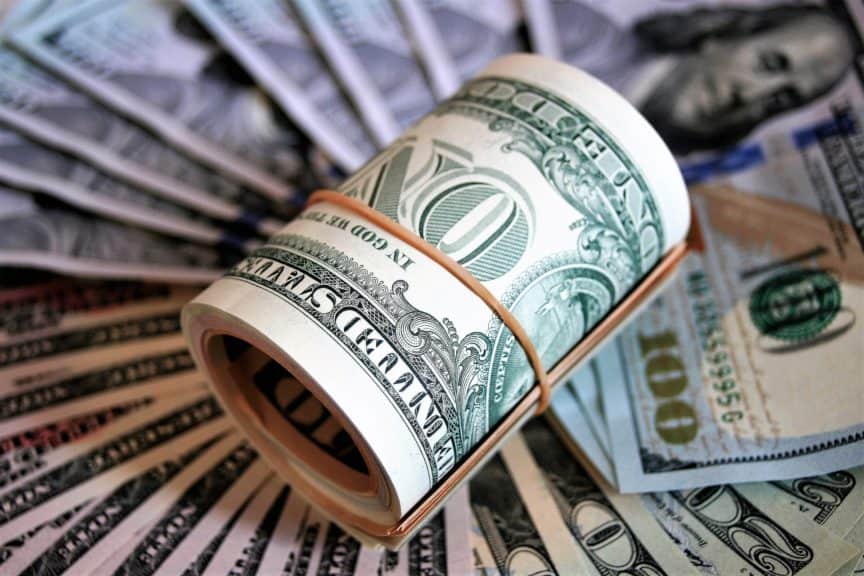 Thinking of getting an electric bike? I get it–sometimes it would be nice to not have to work as hard on the bike, even if you’re fit?  So, an electric bike seems like a good idea. But then there’s the price tag. It’s just a standard bike with a motor, right?  What’s the deal with the price?

As things currently stand right now, e-bikes have been increasing in popularity within the last 2 to 3 years; however, it is not enough to get that hefty price tag down yet. Here, we are going to examine the reasons for the higher costs and even give you some of the lower-cost “pre-loved” options that are out there. If you are a fan of electric bikes and want to know more, you’re in the right place!

What is an E-Bike?

An e-bike, also known as an electric bike, is essentially a motorized bicycle. It has a motor and battery integrated into the build of its frame and gives the rider increased pedaling and propulsion power when riding, allowing the rider to move significantly faster than when just using muscle power.  But with all e-bikes, the battery is not needed for riding them. Indeed, it is the ability to be pedaled that classifies them as e-bikes and not mopeds or electric motorcycles.

What Factors Influence the Cost of an Electric Bike?

In order to go more into detail as to how these individual factors affect the cost of electric bikes, we are going to break up each reason into its own individual section and address it in a way that is easy to understand and explain why prices aren’t going to come down in the near future. First, let us talk about the electric bike’s battery and motor.

How Does an Electric Bike’s Battery Affect its Cost?

Lithium-ion batteries are inherently unstable, and their production requires a lengthy and detail-oriented process to ensure that the battery is adequately sealed and secured. This process is a costly one and accounts for a large part of the battery cost itself regarding its production and the total cost of the electric bike.

How Does an Electric Bike’s Motor Affect its Total Cost?

The motor of an electric bike is also a huge factor that determines the bike’s total cost. The purpose of the engine is to draw power from the battery to assist in turning the wheels of the electric bike when you pedal; otherwise, pedaling could be difficult.  The engine will also help with the throttle if there is a throttle assist in the bike.

Another important issue with the motor of an electric bike that needs to be addressed is the fact that they will most likely need to be custom-fitted to the electric bike to accommodate the battery and pedals appropriately. Since they will need to be specially fitted for the bike, there will be other factors attributed to the cost, such as labor and higher part costs.

The motors will also most likely need to be purchased from a company that specifically makes these them and will have to be specially ordered as well, driving up the total cost of the electric bike.

What Does a Lack of Economy to Scale Mean and How Does it Affect the Cost of an Electric Bike?

The easiest way for us to explain what an economy to scale means is by using a lemonade stand approach. Let’s say that you own a lemonade stand, and you originally decided to open it in an area that doesn’t have a lot of people who are aware of it. While it should eventually gain exposure and popularity if you have a great product, your cost to your customers will be higher until demand grows.

Now, let’s say that you still have a lemonade stand, but you decided to make sure that you are selling it in an area to a group of people that are always searching for a great glass of lemonade. When you have a high demand like this, you can afford to sell your lemonade at a lower price. This is a simplified example of The Law of Supply and Demand.  And it is this law that greatly attributes to the cost of electric bikes.

E-bikes are still relatively new, first appearing in 2008. In the last 2 to 3 years, they have grown immensely in popularity. However, there has been a lack of economy to scale, which we explained with the lemonade stand example. Since electric bikes are still so new, they fall into what is called a Niche Market.

In a niche market, a business cannot afford to order parts and build products in bulk. If it were a more widely requested item that the company can guarantee to sell a large amount of, they can afford to purchase items in bulk to sell them. In the case of electric bikes, however, companies cannot do this due to the cost associated with the parts like batteries and motors, and the demand isn’t quite there yet.

How Does an Electric Bike that is Low-End or High-End in its Production Affect its Cost?

Electric bikes are going to be heavier than your typical bike, to begin with, and depending on the parts that are used in an electric bike’s production, you can be sure that the bike is going to weigh a bit more and cost will go bit more to go with that added weight to the bike.

With the added 20 pounds that have come with the motor and battery, there is also a higher shipping cost that comes with the heavier parts that will also increase the total cost of the electric bike.

How Does Electric Bikes Being in Their Early Stages Affect Their Costs?

We did some Google searching and discovered how many times people searched for electric bikes in the past 5 years in the month of June.  These numbers are in the millions:

However, if the demand increases and more manufacturers enter the market, this could potentially drop down the prices as the need for electric bikes make the market more competitive.

Other Factors That Affect the Cost of Electric Bikes

Another factor that will affect the cost of electric bikes is the charging cost associated with keeping the bike’s battery charged. Thankfully, does not affect its purchasing cost and is not inherently expensive either. In fact, it’s actually very low cost to power an electric bike.

What are some more affordable options for someone who wants an electric bike?

So you know, at this moment, there is really no such thing as a cheap electric bike. As with anything, you get what you pay for, and the electric bike is no exception. So, if it is truly your wish to get an electric bike of your own, there is a great option out there for you.

Pedego is a company that specializes in the production of electric bikes. In fact, they are so prolific in this niche market because they have been around relatively since the beginning when electric bikes were first released almost 11 years ago in 2008. They have been able to become the largest electric bike manufacturer and are able to adjust to customer demands.

Coincidentally enough, the company was founded based upon the poor construction and design of the electric bikes that were first released to the public. The owners of the company decided to improve on the quality of the bikes that were available then, and Pedego was born, which brings us to how Pedego helps with more affordable options.

While the price is still significantly higher than any standard bike you will see on the market, Pedego offers what they call “Pre-Loved” electric bikes to those who are looking for something a little more affordable and honestly at under 1800 dollars, they are going to be one of the least expensive QUALITY option you are going to come across on the internet.

Just because the bikes are pre-owned, that doesn’t mean that their quality is not comparable to a newly constructed, unused electric bike. Before an electric bike can be considered certified pre-loved, it has to pass an assortment of quality checks to ensure that the bike is suitable for resale. Here is an overview of the assessments that a preowned Pedego needs to pass to be certified pre-loved.

The Preowned Pedego Must Pass an 18 Point Inspection

Before being qualified to be sold to another prospective electric bike owner, a Pedego must pass an 18- point inspection. During this inspection, the technician will be looking to make sure that components like the brakes, battery, motor, throttle, and various other parts of the bike are working correctly, as well as inspecting for preexisting damage.

The Preowned Pedego Has to Undergo a Tuneup

As with any mechanical object, whether it is a car, lawnmower, or even an electric bike, it will have to undergo a tune-up at some point. Before being certified as Pre-Loved, the technicians at Pedego will give the bike a total tune-up on all mechanical systems to include the wheels, brakes, drivetrain, and gears.

Finally, After Being Certified, It Needs to Provide Peace of Mind

Upon being certified as a pre-loved bike, Pedego cares so much about their customers regardless of whether they are purchasing a used or new bike that they provide a 12-month warranty on the pre-loved electric bikes. This gives you peace of mind on an already quality built and inspected product and lets you know that if something goes wrong for any reason, they are there to correct it.

As you can see, Pedego is a reputable company and cares about its customers but don’t take our word for it. See what their customers have to say. To learn more about Pedego, how they came to be and to see what their customers say, visit Pedego’s site here. While you’re there, don’t hesitate to check out their Pre-Loved bikes page. You can find a store near you and see what deals are available.

As things currently stand right now, electric bikes are expensive and will continue to be within the foreseeable future. The high costs associated with the motor and battery for e-bikes will continue to be a major factor until the process of their construction can be done more efficiently and demand justifies mass production.

On the bright side, as long as the popularity of electric bikes continues to grow, it may become less of a niche market and other manufacturers will step up to produce these bikes and prices will have to drop in order for there to be a healthy and competitive market for them so there’s hope for that as people continue to become more environmentally conscious.

Ride on, stay safe, and wear a helmet!