When I first got into bicycling I thought the only difference between a woman’s and man’s bicycle was the color.

Other than that, I figured it was a marketing gimmick to increase bike sales for stores. Once I researched the subject I realized how wrong I was.

Bikes designed to be for women or men differ in the sizing of their tubes, angles, handlebars, grips, and brakes.

The most important thing is that the bike you’re riding fits you.

Does it matter if it’s made for a specific gender?

No it doesn’t as long as you fit comfortably on the bike. Many companies are moving away from labeling bikes as being for women or men, and going towards a unisex model.

Honestly, this is a better model as it allows for bikes to be created in a variety of sizes to accommodate for cyclists of all shapes and sizes regardless of gender. 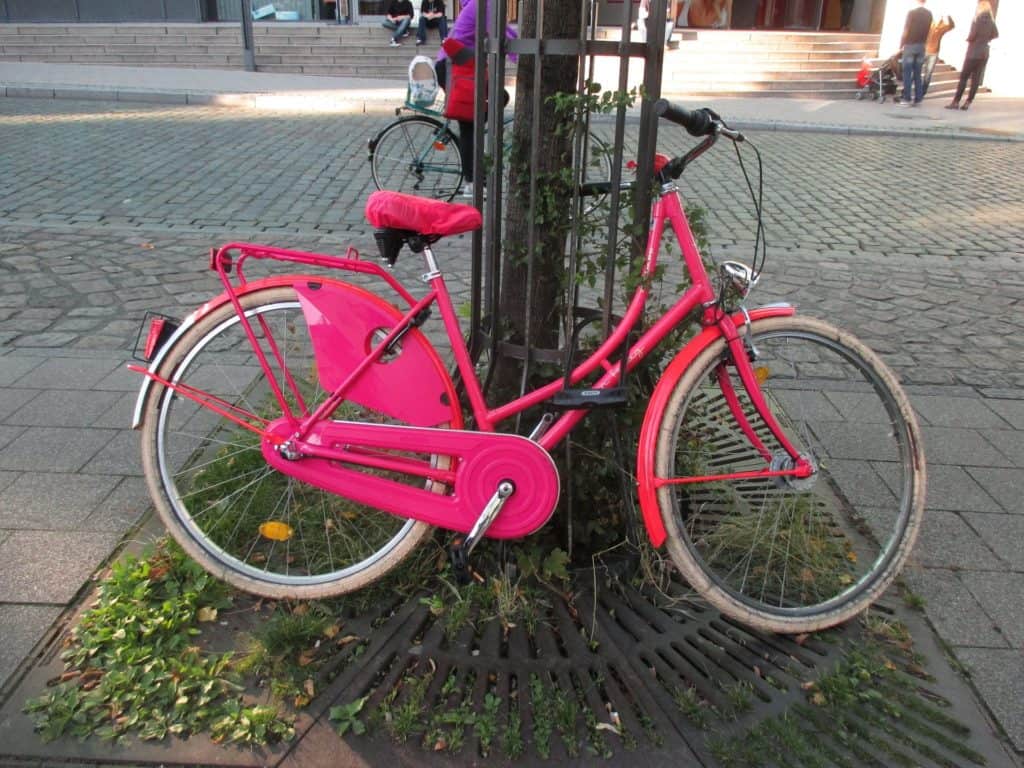 The Top Tube (the bar between your legs)

On average women have shorter torsos and arms, which is why women’s bicycles are made with a shorter top tube. This allows for there to be a shorter distance between the seat and the handlebars.

A shorter woman rider will be able to easily reach the handlebars with this design.

Many women’s bike have a top tube that is slanted downward toward the seat while men’s bike will have the bar parallel towards the ground. The reason for this design is that it allowed women to ride a bike while wearing a long skirt.

The actual design nowadays is purely for a specific look, and not performance related.

Usually the seat on a woman’s bike is shorter and wider compared to the longer, narrower saddle on a man’s bike.

In the end, it doesn’t matter how a saddle is labeled.

You need to find a saddle that fit and feels good for you. A saddle that fits one woman or man could not be the right one for you. The good news is that a bike saddle is an easy thing to switch out.

It’s important to make sure that you properly position your saddle while trying out different ones. To do this you can lean yourself against a wall, sit down on the saddle, and place one leg straight down onto the pedal.

You’ll want to make sure that the pedal is push all the way down. The heel of your foot should be sitting on the pedal with only a little give in the knee.

Once you’ve found the right saddle height you’ll want to adjust the saddle angle for comfort. Start with keeping the saddle level, and give that a try.

For many riders they ride comfortably with the seat level, but others will tilt the saddle downward by a degree or two.

Personally, I prefer having the seat tilted slightly downward as it feels like there’s less rub on my nether regions.

All this to say, whether you’re man or woman get a saddle that you’re comfortable sitting on for a good, long ride. Nothing’s worse than a saddle that’s literally a pain in the rump. 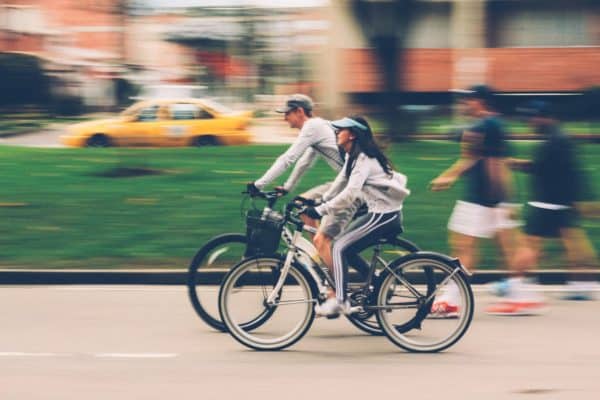 On average men have wider shoulders than women, and so their bike’s handlebars are wider. While riding your hands should be shoulder width apart.

If your shoulders are sore after a ride there’s a good chance that your handlebars are too wide. In addition, many women’s bikes have smaller grips compared to men’s bikes.

The stem is the component of the bike that connects the handlebars to the bicycle fork. Usually a women’s bike will have a shorter stem to accommodate for their shorter torso.
The stem is an easy way to place the handlebar into a position that is most comfortable for you.

In Conclusion, Get a Bike that Fits You

Every human being is built differently, and it’s important that their bike be constructed to fit these differences. Regardless of your gender, it’s most important that you ride a bike that after spending time in the saddle feels great to you.

There are variations between men and women’s bikes related to the geometry of the frame and sizing, but depending on your size a gender specific bike might not fit your needs.

You shouldn’t automatically discredit a bike that’s made for a specific gender, but also it doesn’t mean that it’s going to be the perfect bike for you.

When searching for a new bike I would recommend giving it a trial ride before purchasing. Even after a ride you may want to make some adjustments to ensure that you can dial it in so that it fits you and your riding style well.

In the future I believe more and more bike manufacturers will go the route of creating unisex bikes. By creating a wide spread of bike models that come in a variety of sizes they’ll be able to offer bikes that fit a wider range of riders.

Lastly if you’re more into watching videos than reading REI Co-op has put together a quick video that summarizes everything that we’ve said above.