Mark is a Political Campaign Supplies Sale Manager who loves riding bikes. Check out how he got started bike commuting, and view his photos from rides below!

Location: Quad-Cities: Where Iowa’s nose meets Illinois, The Mississippi flows both east and west and where THREE of the nation’s ten longest bike trails converge.

Commute Distance: Until I semi-retired at 62 last October, my bike commute was average 298 days per year, and 24 miles round trip. Now it is 15 miles round trip to a part time job selling printed apparel.

What got you started? I have loved bikes since I started riding at 3.5. When I was in 8th grade (14) our local school system hired me for a three week summer program teaching kids how to fix their own bikes. I worked in two shops while in college and got back on the bike as soon as I could get out of over the road sales in the late 80’s. A major factor in my bike commuting has been eliminating the $400+/mo. it cost to have a second car. We’ve also limited our mileage so much we get a bonus at the end of my wife’s lease every three years. These have played a major role in my being able to retire early in the hopes of salvaging my health (stress is a killer).

Any great stories from riding? Winters around here, eagles come to nest. There is a secluded section of my commute, along The Mississippi, where an eagle would fly maybe five feet above me and two feet behind. I felt special until I realized he was waiting for my passing to stir up rodents in the snow next to the path. Today, so many more people bike commute that they stay away from the paths. I also had a rare river otter swim along side me, on his back, for a good eighth of a mile once. I think he was making fun of how slow I am…I no longer like river otters.

What Kind of Bike: A third of my life (that is odd to write) I have ridden a ’92 Schwinn CrissCross I purchased new back when Schwinn still had dealerships. We’ve lost track of the mileage, but it is over 80,000. It is still my favorite for rides of ten to twenty miles. I also have an expensive touring bike, a 66 Roll fast Royal (3sp), 66 Stingray (rare 3 speed), Specialized Globe internal 7 speed (drum brake), a tandem cruiser and a KHS UrbanX dedicated commuter bike. These as well as my wife’s new and vintage bikes. Most of our bikes have been junk from folks that I traded working bikes that weren’t as unique. A couple I purchased cheap from very wealthy friends I suspect felt sorry for me (I rode that Schwinn across two states accompanied by younger folks on multi-thousand dollar bikes).

Mark’s u speed internal next to a frozen river 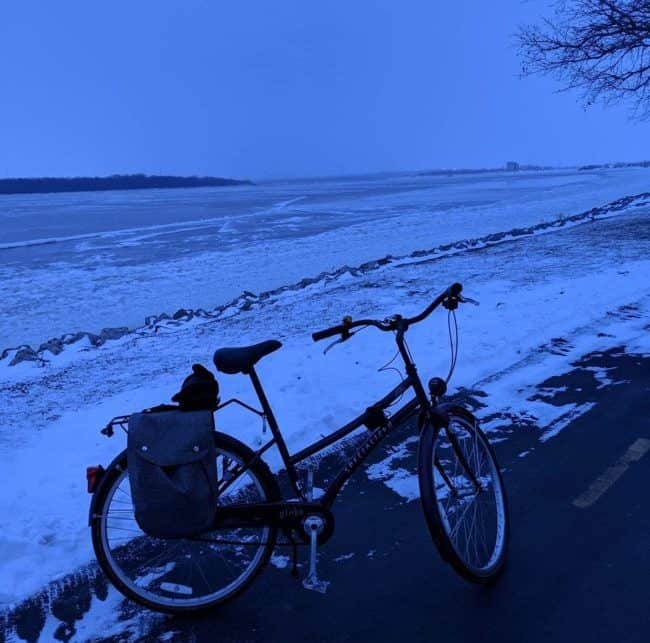 The Tweed Ride Club House working on the Schwinn 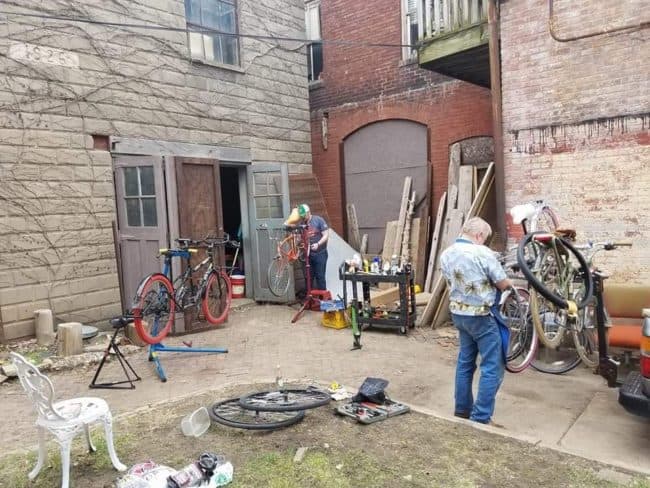 Sunset on the Mississippi while riding 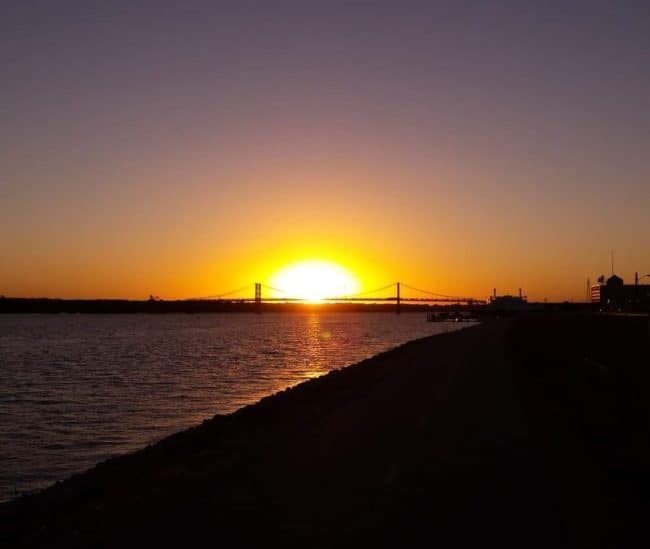 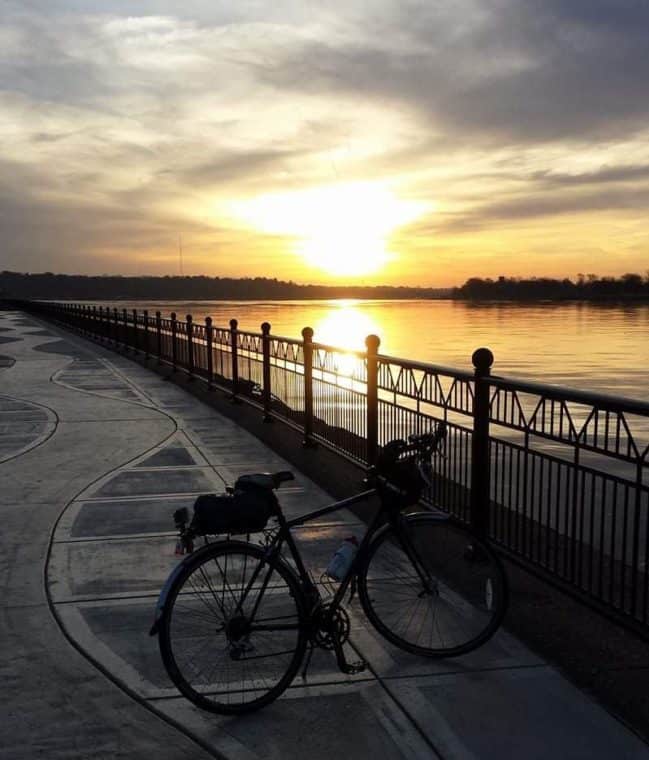 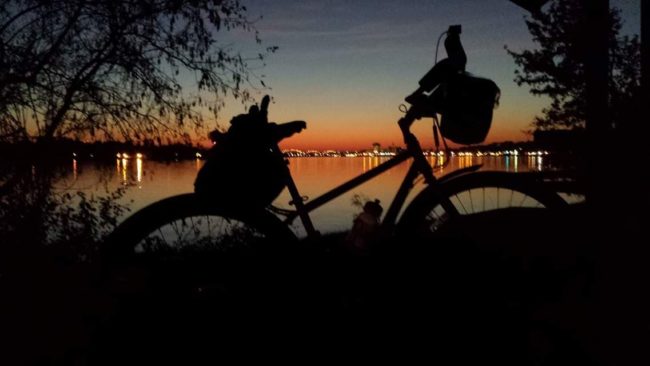