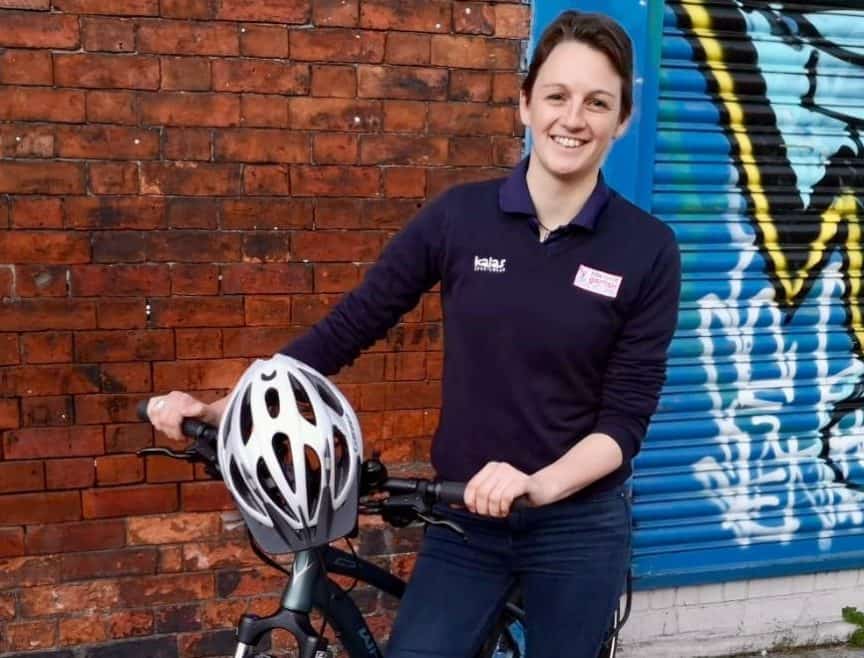 This is Beth and she has one of the best jobs ever. Her role as a community cycling development officer is to oversee programs in her region that promote and encourage people to get outside and ride their bikes! Seriously – this sounds like an amazing job. She not only promotes cycling, but also enjoys it herself as a regular bike commuter.

Enjoy this regular bike commuter highlight and if you’re thinking about starting to bike commute pay attention to what she says about bike commuting clothes.

Commute Distance: Approx 12 miles (varies from day to day). I cycle to the train station, take the train and then cycle at the other end. I am remote working so am usually out and about at various meetings around town.

What got you started? I lent my unused tatty old bike to a friend to train for a charity event and rode it to work to lend to her. This was in London and I loved the buzz I got and how fast it was to get to work. Next thing I had bought my first road bike and biked everywhere. It made London much smaller and cheaper to get around.

Any stories from your commute? I once saw a pigeon eating a whole slice of pizza on my commute to work and I also hit a goose once on my bike and nearly fell into the canal en route to the office!

What is one thing you wish you knew before starting to bike commute? You don’t need to wear Lycra! I now commute in my work clothes which is skinny jeans, boots, polo shirt and jacket with some waterproof trousers for when it’s wet!

What Kind of Bike & Where did You Get it? I have two, one at either end of my train journey because it is hard to get a bike on the train at rush hour and I can’t afford a Brompton. I have my trusty first road bike which is a Pinnacle Gabbro called Gloria! And I have just bought a new hybrid for getting around where I live and for recreational cycling (I am a volunteer ride leader and take people out on social rides at weekends), that bike is a Whyte Ridgeway – she hasn’t got a name yet!

Anything else you’d like to share about bike commuting? If we are going to reduce the air pollution, congestion and start to protect our planet we need to look more at active travel such as walking and cycling to work. The majority of less than 1km journeys in my city are made by car when they could easily be done by bike or walking with the right investment into change. Cities should be investing in the infrastructure and behavior change methods to make this safer and more appealing to people.

Cycling to work shouldn’t just be for the brave. I love cycling to work, it gives me freedom, keeps me fit and makes me happy! 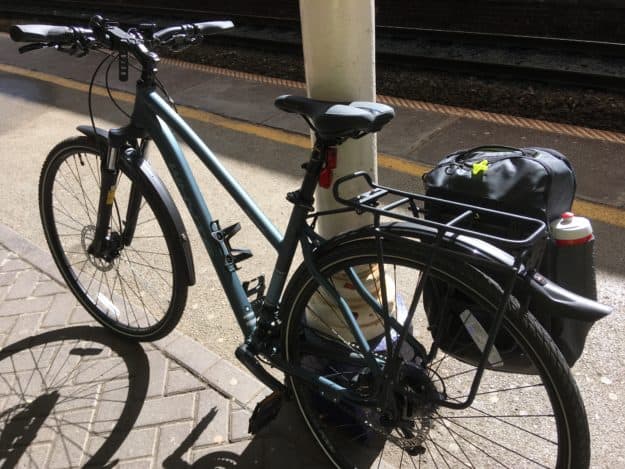 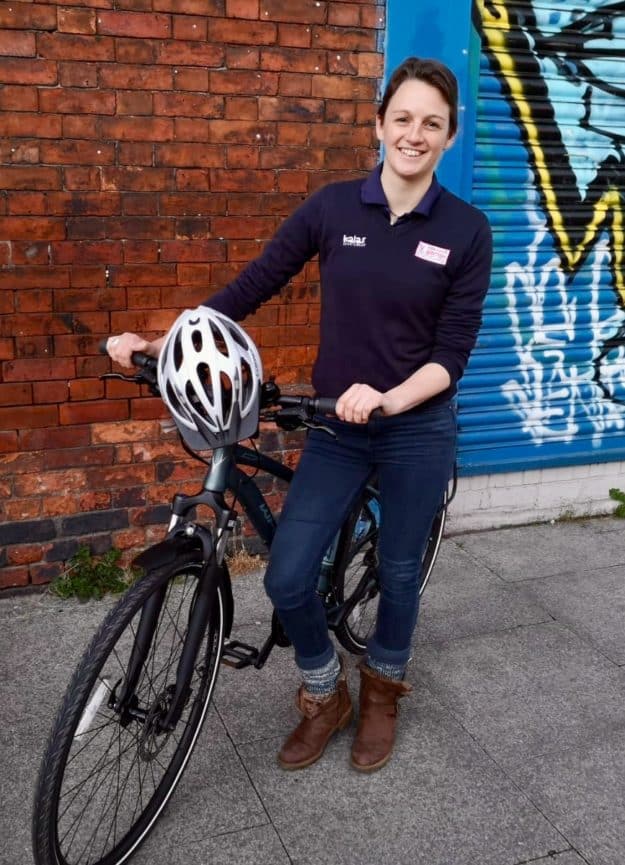