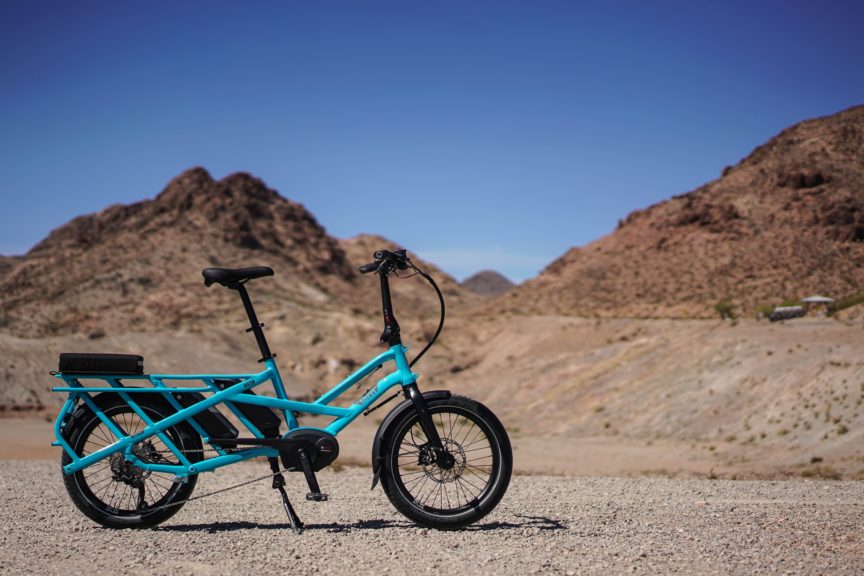 Electric bikes make a great, eco-friendly, alternative mode of transportation, but the laws surrounding their use vary widely from state to state. As you begin to research the best way to protect your new bike, some local laws might mention needing to register using a VIN number. While mopeds, motorcycles, and cars do have a VIN, you may be wondering if there is a VIN on your electric bike.

Do electric bikes have VIN numbers? The VIN (Vehicle Identification Number) on an electric bike is more likely a serial number. The manufacturer will include this number usually near the crank (where the pedal attaches to the frame). However, a serial number is not exclusive to each bike.

In fact, when it comes to electric bikes, the number could be in several different places on a bike, so firstly, it’s important to know where to find it. But also, the jargon of electric bike versus moped is a little confusing. The United States and Europe define them quite differently. And finally, the VIN/Serial number is up for debate when it comes to local legislation. To ride your e-bike with peace of mind, there is a lot to know about electric bike VIN/Serial numbers.

Where is the Serial Number on an Electric Bike?

While the number that comes on your bike is technically a serial number, it’s important to know where it is. There are 5 frequently used locations for an electric bike’s serial number:

There is a common misconception about what constitutes an electric bike, and many people mix electric bikes up with mopeds. Moped is meant as a portmanteau of Motorized Pedaler. However, in the United States, mopeds are classified as scooters, and electric bikes are the “pedalers.” In fact, there are several big differences between Mopeds and Electric Bikes.

Mopeds Do Have a VIN Numbers

Without the need of either a driver’s license or insurance, there is no need for an electric bike to include a VIN. This is why almost all electric bikes simply include a serial number. Serial numbers on bikes are not unique to individuals, but rather just to the model of a particular brand.

An electric bike is just a regular old bicycle that has an electric motor added to it. This could be done by the manufacturer, or you may have added it on by yourself. Either way, the big difference between your e-bike and a moped is the potential for the vehicle to be propelled using only human leg strength. A moped’s only propulsion system is the motor (remember, the United States qualifies a scooter as a moped, where most of Europe considers an electric bike a moped). This means that you will in fact need to pedal an electric bicycle. You can read more about that here.

Mopeds are powered solely by the engine which makes them, unequivocally, motor vehicles. They can be treated the same way as motorcycles and cars in that they can be registered and tracked by a VIN, and are insurable under motorist insurance.

It’s the low speed of an electric bike, mainly, that regulators have decided it safe to remove age restrictions and insurance requirements. In other words, they don’t think there’s enough danger involved to keep an eye on electric bikes.

What is a VIN Number Anyway?

Originally, a VIN, which stands for Vehicle Identification Number, was assigned to vehicles to establish a database of make, model, color, etc. It’s very similar to each US citizen being assigned a Social Security Number. It allows a history to be maintained, and searched, for every vehicle registered in the country.

History may include tune ups, inspections, accidents, and incidents. If your vehicle were ever stolen, the VIN would be used to flag if it had been re-sold or registered to a new driver. In cases of purchasing used cars, the VIN allows consumers to check how well a vehicle was maintained in the past.

Because electric bikes are not as commonly regulated as cars, motorcycles, or even mopeds, it’s important to check, not only with your local government for laws applicable to your area.

As previously stated, electric bikes are classified as bicycles. This means that there is no age requirement (you don’t have to be 16), there’s no need for insurance, and you can use your electric bike the same way you’d use a regular bike. Feel free to use the bike lane or take it on bike trails through the park.

However, it’s still very important to know the laws where you live since e-bikes are so unregulated. Local laws surrounding electric bikes may require that a unique number be engraved along with the serial number. This would give your e-bike an individual identifying number that is more like a VIN in the event it’s ever stolen or in an accident.

For example, the University of Southern California requires that all bikes and electric bikes be registered with their own Department of Public Safety using the serial number + the owner’s driver’s license number. This assumes that electric bike owners have a driver’s license.

This is a particularly tricky area of electric bike ownership. Because there are frequently not laws to say that you must insure your bike, it’s easy just to not do it. But consider that the motor on your bike does open you up to liability in the event of an accident.

Since electric bikes are considered safe to operate on bike paths and trails where pedestrians also are free to walk, you must accept the responsibility of staying safe.

It will be in your best interest to go above and beyond in the insurance area. While an auto insurance policy will not cover your electric bike, it also will not be covered under your home or renter’s insurance.

There are, however, insurance companies that specialize in bike insurance, if you are interested. For example, you might look into Velosurance. When you go to register, they will ask for a VIN or the bike’s serial number. In that case, it’s essential you have a record of your electric bike’s number on hand.

To sum up, do electric bikes have VIN numbers? If you’re talking about a moped or motor scooter manufactured after 1954, then it will likely be on the floor panels or one of these common spots. If you have what is classified as an electric bike in the United States, it’s called a serial number.

Secondly, you should consider registering your electric bike on the national bike registry. This database makes it easy for people to let others know if their bicycle has been stolen, and it makes it easy for other cyclists to identify a stolen bike. It’s a powerful tool to keep your electric bike safe, secure, and in your hands. Check it out here.