We’ve all been there before. We KNOW that we should be riding, but the motivation isn’t there. Sometimes you need a perspective shift to get you cycling.

Here’s a list of the best bicycle quotes that will inspire you to get off the couch and ride your bike! 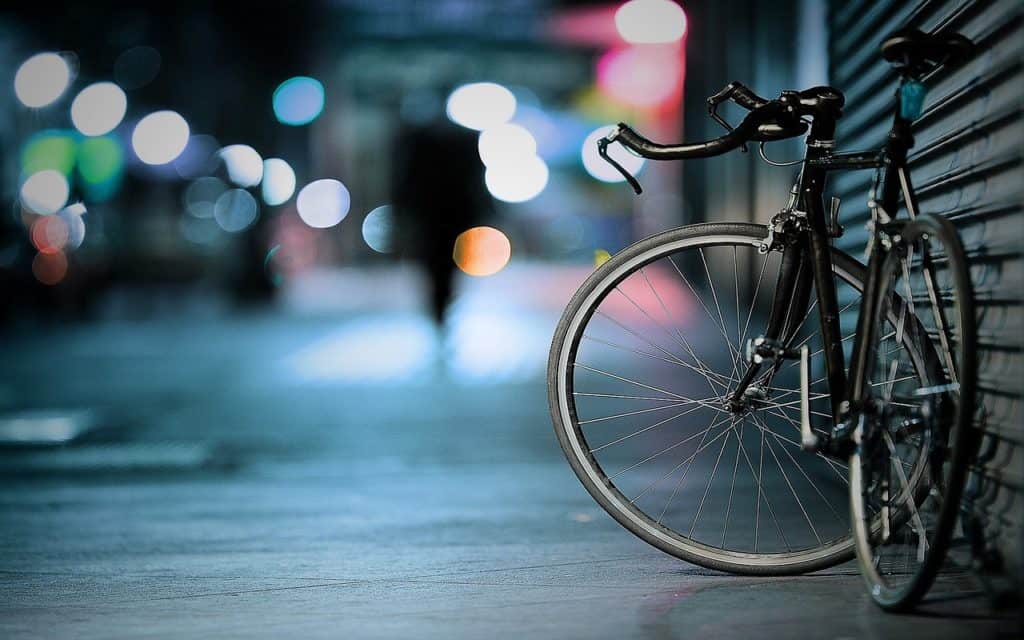 1. “It is the unknown around the corner that turns my wheels.” -Heinz Stücke

2. “[T]o me it doesn’t matter whether it’s raining or the sun is shining or whatever: as long as I’m riding a bike I know I’m the luckiest guy in the world.” – Mark Cavendish 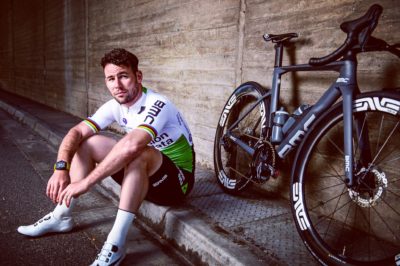 3. You can’t buy happiness, but you can buy a bike and that’s pretty close! 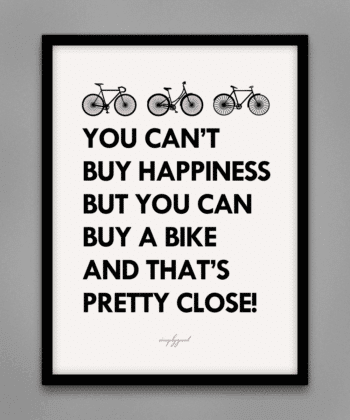 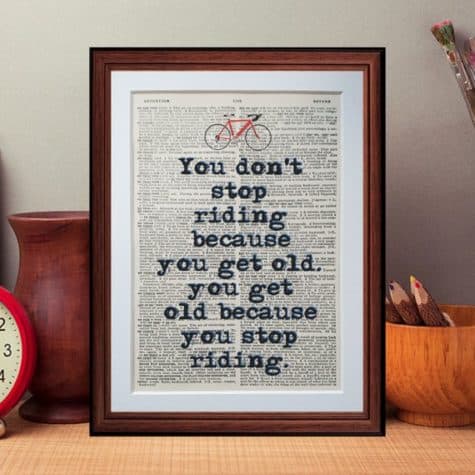 5. It never gets easier, you just go faster 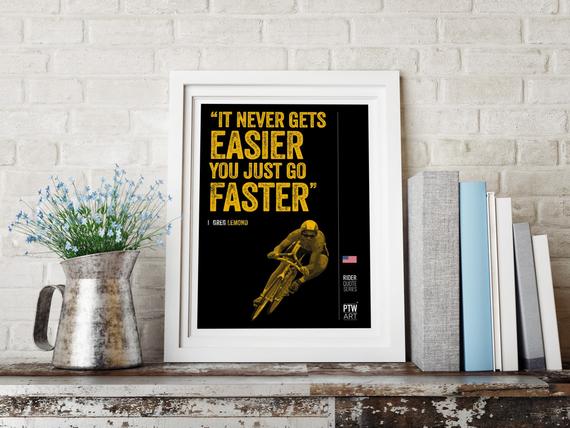 This is a quote from Greg Lemond who is one of the greatest American professional cyclists of all time. Greg is a legend for lots of cycling fans. You can purchase the print above by clicking here.

6. You can’t be sad while riding a bicycle 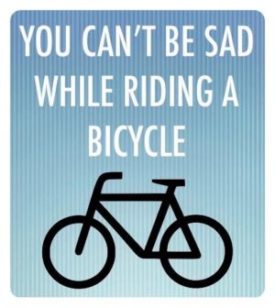 8. “When the spirits are low, when the day appears dark, when work becomes monotonous, when hope hardly seems worth having, just mount a bicycle and go out for a spin down the road, without thought on anything but the ride you are taking” -Sir Arthur Conan Doyle 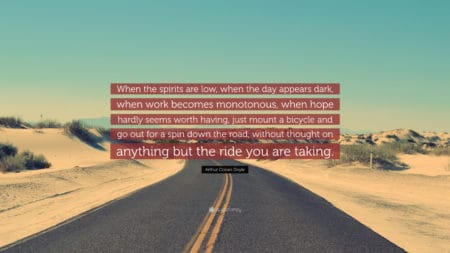 9. Life is like riding a bicycle. To keep your balance, you must keep moving. 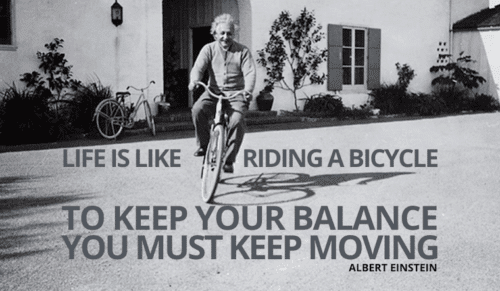 10. “It is by riding a bicycle that you learn the contours of a country best, since you have to sweat up the hills and coast down them” -Ernest Hemingway 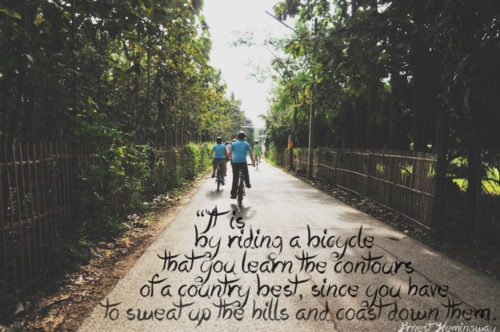 11. “You either love spinning the pedals and watching scenery whiz by, or you don’t. And if you love it, not much can sour you on the idea of riding your bike.” -Keith Mills 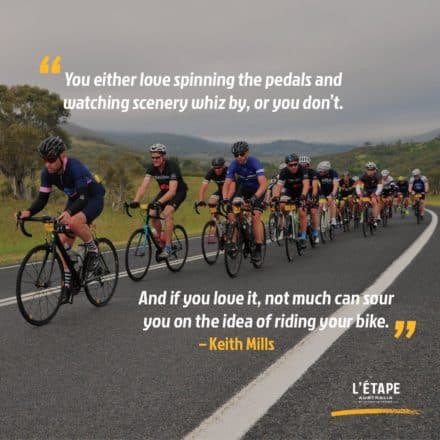 12. “Nothing compares to the simple pleasure of a bike ride.” -John F. Kennedy 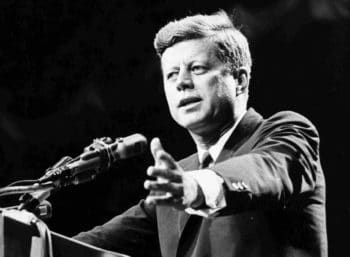 13. Learn to ride a bicycle. You will not regret it if you live. 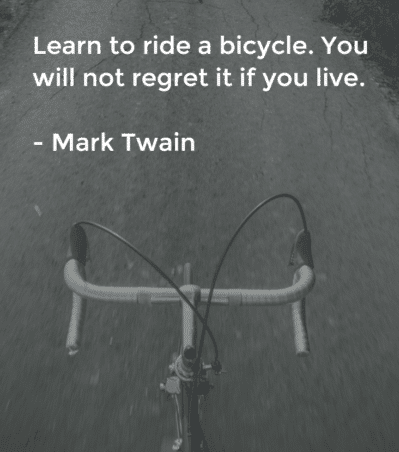 14. “Those who wish to control their own lives and move beyond existence as mere clients and consumers—those people ride a bike.” -Wolfgang Sachs

15. The bicycle is the most efficient machine ever created. Converting calories into gas, a bicycle gets the equivalent of three thousand miles per gallon. 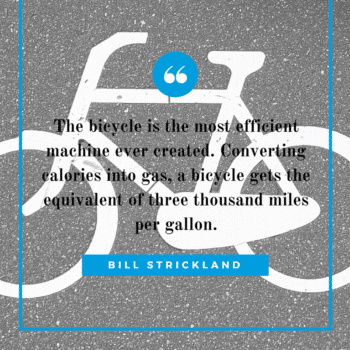 16. Melancholy is incompatible with bicycling. 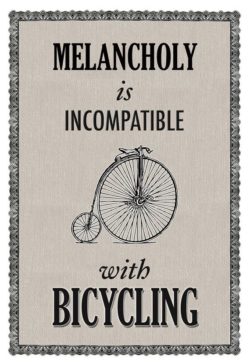 17. “Next to a leisurely walk I enjoy a spin on my tandem bicycle. It is splendid to feel the wind blowing in my face and the springy motion of my iron steed. The rapid rush through the air gives me a delicious sense of strength and buoyancy, and the exercise makes my pulse dance and my heart sing.” -Helen Keller 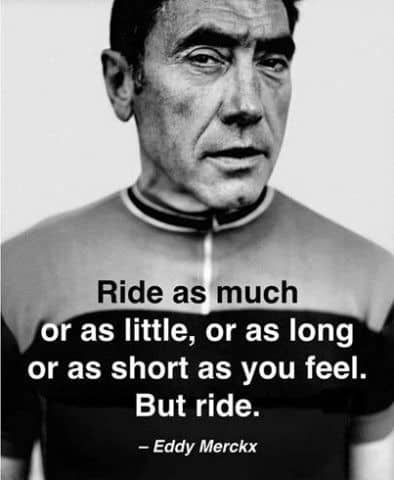 19. If you worried about falling off the bike, you’d never get on. 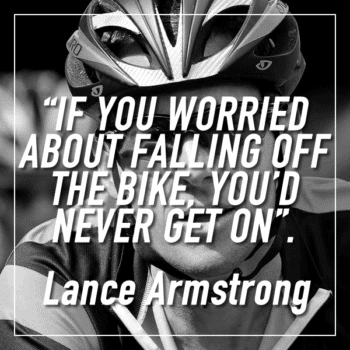 20. “Riding bicycles will not only benefit the individual doing it, but the world at large.” -Udo Simonis 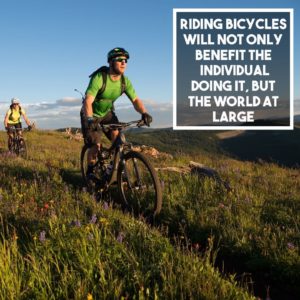 21. “[Commuting by bicycle is] an absolutely essential part of my day. It’s mind-clearing, invigorating. I get to go out and pedal through the countryside in the early morning hours, and see life come back and rejuvenate every day as the sun is coming out.” -James L. Jones 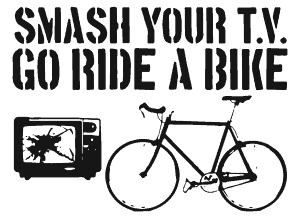 23. I never want to abandon my bike. I see my grandfather, now in his 70s and riding around everywhere. To me that is beautiful. And the bike must always remain a part of my life.

24. Your bike is discovery; your bike is freedom. It doesn’t matter where you are, when you’re on the saddle, you’re taken away. 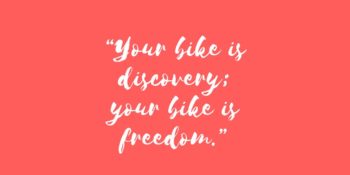 25. Cyclists see considerably more of this beautiful world than any other class of citizens. A good bicycle, well applied, will cure most ills this flesh is heir to 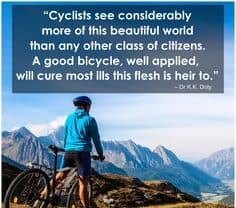 26. There is nothing, absolutely nothing, quite so worthwhile as simply messing around on bicycles 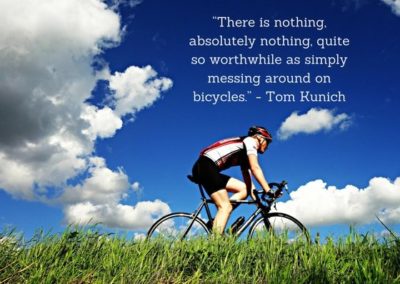 27. “The bicycle saves my life every day. If you’ve ever experienced a moment of awe or freedom on a bicycle; if you’ve ever taken flight from sadness to the rhythm of two spinning wheels, or felt the resurgence of hope pedalling to the top of a hill with the dew of effort on your forehead; if you’ve ever wondered, swooping down bird-like down a long hill, if the world was standing still; if you have ever, just once, sat on a bicycle with a singing heart and felt like an ordinary human touching the gods, then we share something fundamental. We know it’s all about the bike.” – Robert Penn (View book on Amazon) 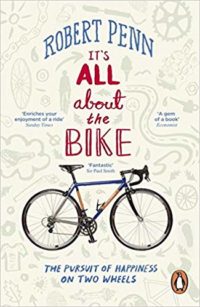 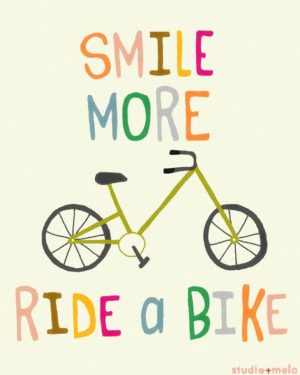 29. Hills. We love them. We hate them. They make us strong. The make us weak. Today I chose to embrace hills. 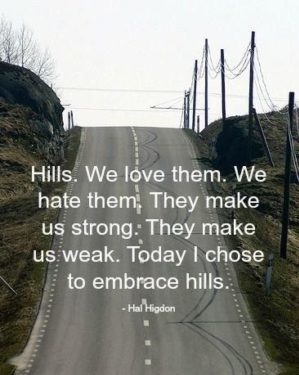 30. “When man invented the bicycle he reached the peak of his attainments. Here was a machine of precision and balance for the convenience of man. And (unlike subsequent inventions for man’s convenience) the more he used it, the fitter his body became. Here, for once, was a product of man’s brain that was entirely beneficial to those who used it, and of no harm or irritation to others. Progress should have stopped when man invented the bicycle.” -Elizabeth West

31.Ever bike? Now that’s something that makes life worth living!…Oh, to just grip your handlebars and lay down to it, and go ripping and tearing through streets and road, over railroad tracks and bridges, threading crowds, avoiding collisions, at twenty miles or more an hour, and wondering all the time when you’re going to smash up. Well, now, that’s something! And then go home again after three hours of it…and then to think that tomorrow I can do it all over again! 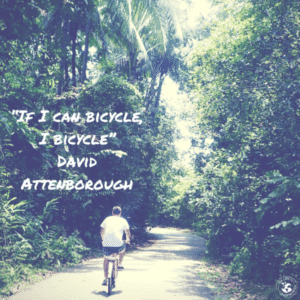 34. Whoever invented the bicycle deserves the thanks of humanity.

35. The secret weapon in the fight against foreign oil is rusting in your garage 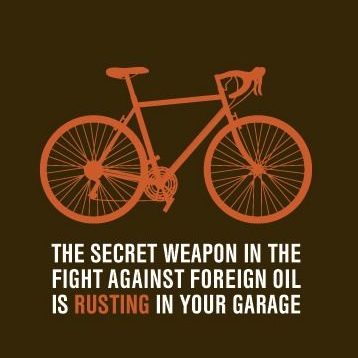 36. My two favorite things in life are libraries and bicycles. They both move people forward without wasting anything. 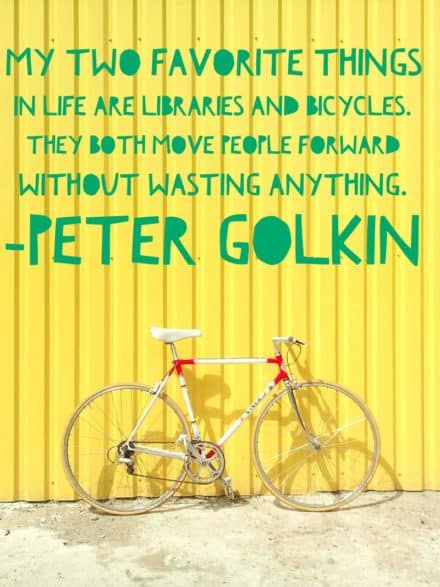 Did we forget any other inspirational cycling quotes? It’s not always easy to motivate yourself to go for a bicycle ride, but I hope these words get you cycling faster than ever before.