My wife and I love to ride bicycles around town. We take them to get groceries, go for leisurely rides together on the bike trail, and even commute to work.

She loves to ride her bicycle, but was unsure of whether she would be able to continue to ride when we found out she was pregnant. Like many women cyclists she wondered if her cycling would need to go on pause until after the pregnancy.

After consulting our own doctor and researching the topic, here’s what we discovered about bicycling while pregnant…

Can you ride a bike while pregnant? The answer is different for every woman, but for most women the answer is YES you can ride a bicycle while pregnant. For some, however, it may be advisable not to ride your bicycle during pregnancy due to nausea, vertigo, or extreme fatigue.

The reason there isn’t a definitive answer to this question is because every woman’s body is different. Pregnancy affects each woman differently, and there’s even variation in pregnancy symptoms for the same woman during different pregnancies.

The American College of Obstetricians and Gynecologists says that, “if you are healthy and your pregnancy is normal, it is safe to continue or start most types of exercise, but you may need to make a few changes.

Physical activity does not increase your risk of miscarriage, low birth weight, or early delivery.” In other words, for most women exercise is good for you and the pregnancy.

With this said, it’s important that you talk with your doctor about any exercise before starting. 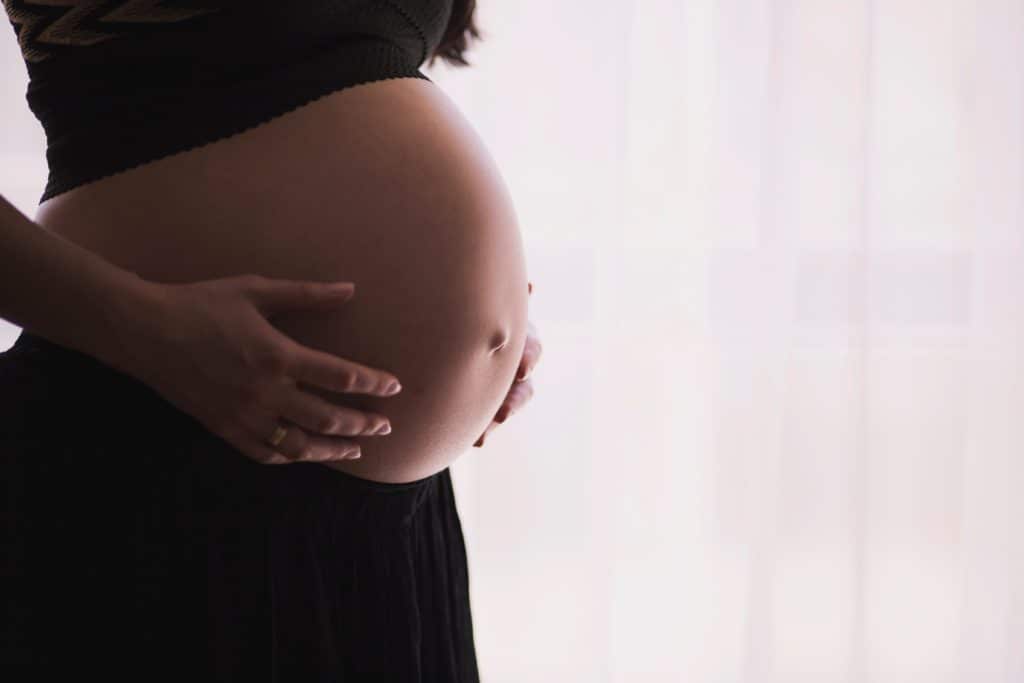 Tips to Consider for Riding while Pregnant

The rule of thumb for exercising while pregnant is to continue exercising at the same level you were prior to the pregnancy.

If you were used to riding a 15 loop prior to being pregnant than you should be fine riding that route during the pregnancy.

Pregnancy is not the time to set records, push yourself to the limit, and increase your exercise routine. In the past, doctors set a heart rate limit on exercise saying that you shouldn’t let your heart reach a rate of 140 beats per minute.

Doctors no longer recommend this, but instead advocate for moderate exercise. Generally speaking, you should be able to have a conversation and talk while you’re on the bike.

If you’re pedaling so hard that you can’t speak normally than you should dial it back.

Every Trimester (and Pregnancy) is different

One woman cyclist shared that she was planning on continuing to ride her bike during the pregnancy, but that idea went right out the window once she got pregnant.

She experienced exercise induced vertigo with her pregnancy, and had to stop biking when she nearly fell off the bike due to losing her balance. The important lesson from this story is to use common sense and listen to your body.

Once she nearly lost balance she realized it was time to take a break from cycling until her sense of balance was restored.

Generally speaking, the first trimester is hard for many women, because of all the changes in their body. The body kicks into gear to grow a tiny human being. This causes your blood volume to increase, your immune system changes, and hormone production is dramatically increased.

All of this can cause exhaustion, morning sickness, and other symptoms. Many women just don’t feel themselves during this stage and would rather not pedal around.

But for some women, they feel completely fine during this stage and can continue to cycle.

During the second trimester, many women feel their best and can get back onto a bike.

You’ll start to get bigger and your center of gravity can begin to shift. This will continue into your third trimester, and so be aware of your bodies changes and whether you feel comfortable and balanced enough to ride a bike.

Again – some women are unable to continue cycling at this stage and put the bike away until the baby arrives.

For others, they are able to ride their bike right up until the pregnancy. In fact, recently a New Zealand politician rode to the hospital for her scheduled appointment to induce labor.

It’s ok to take your time while going for a ride. If you’re not going as fast as you normally do – that’s ok!

This could be a great time to explore your city and plan routes that are quieter, allow more space to ride, and are less trafficked.

Unfortunately, lots of cycling sometimes takes place around lots of car traffic. This is a risk many people take every day cycling, but while pregnant be extra careful and if possible avoid high traffic areas.

It’s worth it to take a bit longer ride if it allows you to ride on protected bike lanes or roads with lower traffic.

It’s always important to stay hydrated, but even more so during pregnancy. Your body needs water to build new tissue, carry nutrients, help indigestion, and for numerous other reasons during pregnancy.

This is why it’s important to stay hydrated during exercise, and it is encouraged that you carry extra water on your ride.

If you’re looking for some water bottle recommendations, check out our favorite cycling water bottles here.

The other FUN part of pregnancy is having to pee all the time. If you’re planning to go on a longer bike ride make sure you know where you can take potty breaks.

Few things are worse than pedaling around with a full bladder wondering where the nearest bathroom is.

You may need to make some gear changes as your body changes. As your bump gets bigger it can help to raise your handlebars to place you in a more upright position.

With the increased weight, you may also want to look into a saddle that is wider to provide a more comfortable seat.

Lastly, it may be wise to change to clipless pedals if you normally ride clipped in. Flat pedals will allow you to place your feet quickly on the ground if you need to stabilize yourself quickly.

Try the Stationary Bike Instead

If you reach a point in your pregnancy where riding becomes uncomfortable – you should take a break. Perhaps you can change it up by getting your exercise by pedaling a stationary bike instead.

If that doesn’t work for you, you can cross train with swimming, hiking, or dance. The most important thing is to listen to your body and take care of yourself.

This includes resting instead of exercising if that’s what your body is saying. 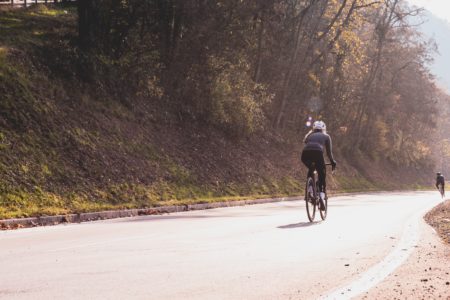 Before going for a ride you should consult with your doctor as you have given birth and your body will be recovering.

If you’ve had a c-section it can take even longer until you can get back on a bicycle. Once the doctor has given you the green light to go for a ride make sure to listen to your body and don’t push it.

You’ll want to ease back into cycling.

Can cycling cause a miscarriage? Cycling is an exercise and there are no studies that show that exercise increases the chances of a miscarriage.

In fact, most doctors will encourage women to exercise during their pregnancy as there are many benefits to it.

There is one study done in 2007 that states that high-impact exercise during the first 18 weeks of pregnancy may increase the chances of miscarriage, but the conclusion from the researchers themselves was that while there is a correlation they weren’t sure of the causation.

You can read more about this study here.

If you’ve had a miscarriage I am sorry for your pregnancy loss. It’s normal to wonder what might have caused it, but remember that the majority of miscarriages occur from a problem with either the egg or sperm’s chromosomes.

Can I ride a mountain bike while pregnant? As stated above, for most women cycling for exercise is not a problem. As for mountain biking down the trails – you will need to assess your own skill level and risk tolerance.

I’ve read a few stories of different women who mountain biked throughout their pregnancy. Their doctors cautioned them to not crash, because it could be serious.

Mountain biking in general is more risky than riding on a paved road. Talk with your doctor and be aware of who you are and your own capabilities.

Can you do spin class pregnant? Spin class can be great exercise while you’re pregnant AND keep you in cycling shape for post-pregnancy.

As always – consult your doctor first.

But generally speaking, spin class is fine for pregnant women. You should let the instructor know that you’re pregnant prior to the class so they’ll understand if you’re going a bit slower than normal. In addition, make sure not to push yourself too hard.

Moderate exercise is great, but you shouldn’t get to a point where you are out of breath.