As an advocate for commuting to work by bicycle I wanted to hear the true problems that regular commuters are facing. How can I help those who are just starting out if I don’t know what problems they should expect?

Over 70 bike commuters responded and while some answers were expected there were some I found to be surprising. 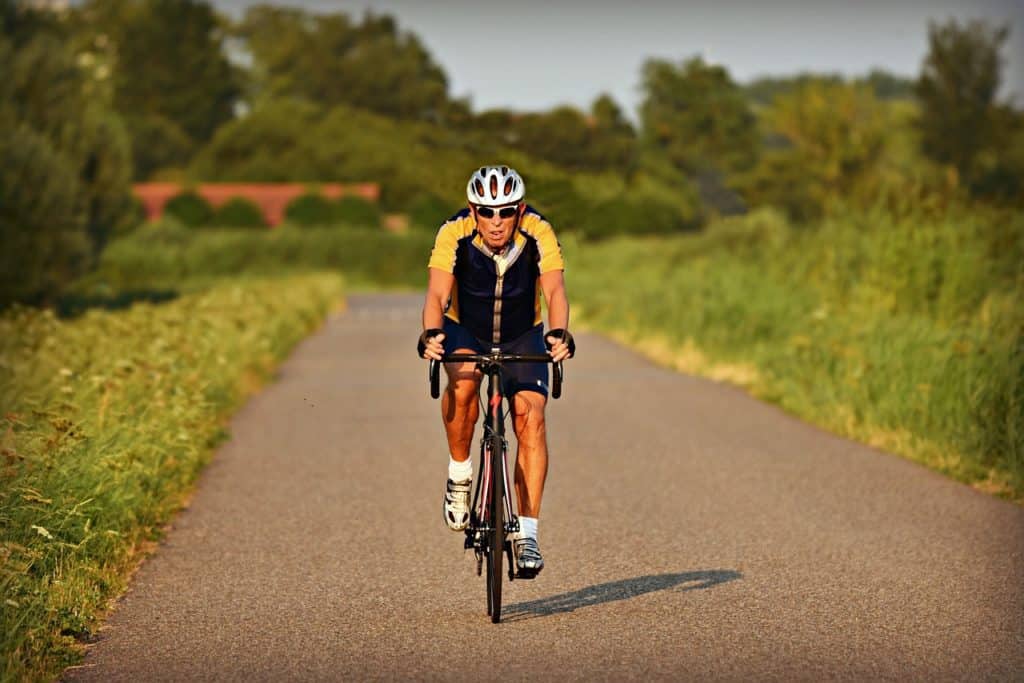 The most common problems that bike commuters face are…

Here is a graph I created with the responses given. Isn’t it beautiful?

A Detailed Look into the Responses

There were a variety of responses, but clearly there are a few core problems that most bike commuters have to deal with.

Here’s some of the responses that I received and my take on how commuters can handle these common problems.

Over a third of the responses were about the trouble of dealing with motorists. The problem with motorists ranged from “they’re hostile” to “they don’t see me!”

One bike commuter remarked about the number of times a vehicle has forgotten to turn their right signal light on and turned last minute in front of him. It seems like quite a few bike commuters have had a few close calls.

We can’t turn motorists into better drivers unfortunately, but we can make sure we’re prepared to deal with motorists.

Dealing with vehicles requires you to be extra aware of your surroundings.

Assume that vehicles don’t see you, and be ready to react if they make a wild move.

I would also recommend making yourself more visible by wearing clothes with reflective accents or by mounting red blinking lights on your bike. You might look like a Christmas tree, but motorists are more likely to see you.

If you’re interested I wrote a list of tips for keeping you safe on your commute. Many of the tips are related to handling motorists, and you may find them handy.

How do I deal with angry motorists?

If you are a regular bike commuter eventually you’ll have a run in with an angry driver. Why are they angry at you? It could be a number of reasons, and honestly there’s a good chance that you did nothing wrong.

Robbie and I were riding our bikes in Santa Barbara once in the summer.

We were in the city riding in the right lane that was clearly marked for cars AND bicycles. The only space on the roadfor us to ride was in the lane, because there were no “bikes only” lanes. On the right of us were cars parked one after another.

All of this to say, we had no choice but to ride in the car AND bicycle lane.

A vehicle came behind us and sped past while the driver yelled out the window. It was something to the nature of “get the hell off the road!”

We weren’t breaking the law and we hadn’t done anything wrong other than ride our bikes. There’s a good chance at some point you’ll find yourself in a similar situation.

So what do you do when faced with an angry driver?

Ignore. Let them rage and don’t let it bother you. Just keep pedaling and ignore the fact that they screamed at you for no apparent reason.

Try to Start a Conversation With Them.

This has never worked for me, but sometimes I have tried to start a conversation with the driver.

In Santa Barbara the driver got caught at a red light right in front of me. His window was still down and a woman was looking embarrassed in the passenger seat.

I asked him why he was mad, and shared that we had no where else to ride but on the right lane.

I also pointed out that it was clearly marked that we were allowed to ride there. It was difficult, but I tried my  best to not convey how angry I was at him. Unfortunately he wasn’t looking for a conversation, but drove away muttering that we needed to get off the road.

Don’t Shout Back. I know that there are drivers who hold unsubstantiated hate towards bicyclists. Shouting back or giving them the finger never helps the situation.

If anything it escalates the conflict and fuels their anger towards all cyclists. It isn’t easy in the moment, but don’t launch a verbal assault at an angry motorist. Be the better person and pedal on.

I lived in Holland for a couple months, and was blown away by the way the entire country is connected with well maintained bike paths.

Part of the Dutch culture is bike riding, and they’ve built the right infrastructure for cycling.

Unfortunately in many places around the world the road conditions and lack of bike infrastructure make cycling difficult.

I got a huge laugh out of this video of New Yorker Casey Neistat trying to ride his bike in New York City. While he went out of his way to show how ridiculous it is to cycle in a big city, it’s not that far off.

There isn’t too much you can do about lack of bike infrastructure in your city unless you propose it to your city council.

The only recommendation I can give is to choose a route to work that is safe for you to travel on.

Sometimes it may take a little longer to get to work, but you can find a route that is in better condition or with less traffic.

Unless you live in a place where the weather is always moderate you will have to navigate poor weather on your bike commute.

The winter months can bring snow, rain, cold, and wind to your commute.

17% of bike commuters answered that weather was their main issue with bike commuting.

The good news is all of these types of weather can be overcome, but only with the right attitude and proper gear.

I wrote extensively on how to bike commute in the rain, and know from experience that rain doesn’t need to be an obstacle to your commute.

Snow on the other hand?

I know there are crazy people who do it, but I have yet to live in an area to even have the opportunity to try. Personally I don’t think I would even want to try it out.

The worst weather in my experience is a heavy headwind.

On the wonderful days that you have the wind at your back you feel as if you’re flying. Every pedal seems to propel you forward effortlessly.

But when the wind is blowing in your face and you feel every pedal in your calves it’s hard to enjoy the ride. I try to remember better days when I find myself in a headwind.

Even routine bike commuters have days in which they don’t feel motivated to get on their bike and pedal to work.

It can be hard especially if you are dreading having to spend all day at work to than need to expend energy to get there.

It’s similar to most exercise, once you begin you’re glad that you did, but it may take a little extra oomph to get you going.

Squirrels, Skunks, and Other Problems

I received a few responses that were humorous to me, but very serious to the commuter. One guy said that his biggest problem is skunks!

Apparently on his early morning commute he encounters a group of skunks that he must steer clear of.

Sometimes I show up to the office a little smelly from my ride, but can you imagine the smell if you showed up after being sprayed by a skunk? Hahaha.

Another commuter shared that squirrels are a problem on his work commute as they like to throw themselves in front of bicycles.

This isn’t a problem on my commute, but I have had this issue on particular bike rides.

Squirrels and sometimes deer were known to dodge in front of cyclists, and you definitely didn’t want to hit them.

There were other problems that people had such as dealing with their own personal bike issues or sucking in the pollutants from a car they were trailing.

Dealing with flat tires was an issue to a small minority with others saying flat tires weren’t an issue, because they could fix them quickly.

There’s Issues, but Don’t Let them Stop You!

If you are extra critical you can always find problems or excuses to not ride your bike to work. The truth is that there are problems that every bike commuter will have to overcome.

The good news is that while there are problems there is also huge benefits.

Bike commuting is good for your health, it helps reduce carbon emissions in our environment, and it’s fun. We know that once you start you’ll be glad you did. Get your bike out of the closet, put on a helmet, and give it a go. You will be be glad that you did. Happy riding!