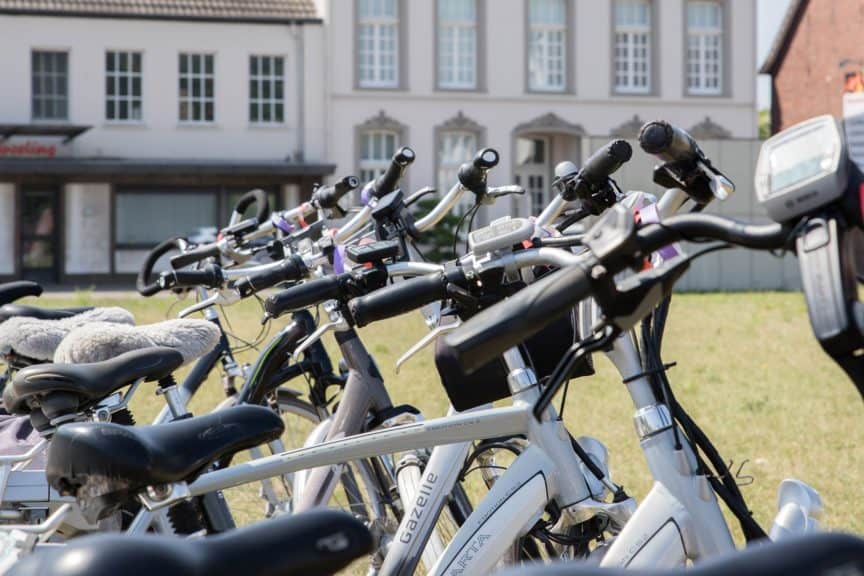 With companies like Forbes writing articles on how the electric bike market is dominating that of the traditional bike market in places like The Netherlands – it is indisputable that e-bikes are taking the world by storm. You may have seen one flying past you without even realizing it was an electrical bike, or you might be on the verge of taking the plunge and purchasing one yourself. If you’re curious about the worthwhileness of an electric bike, this guide is here to break down the details so that you don’t have to!

Are electric bikes worth it? This will depend on a variety of factors such as:

After evaluating these questions and weighing out the factors that contribute to an electrical bike’s value in your world, you will know if an e-bike is worth it to your lifestyle.

Electric bikes are quite expensive, raise your and can be a greater commitment than a traditional bikes in more ways than solely financial. You have to charge them and keep up maintenance, but would all of this be worth it to you if you could arrive from point A to point B by exerting far less energy than ever before, and simultaneously lowering your carbon footprint? Use this guide as your personal sounding-board as we weigh out the advantages to these bikes, the disadvantages, and degree of feasibility it offers to your life.

Are Electric Bikes Worth It?

In case it’s the latter, electrical bikes are: “An electric bicycle,  also known as an e-bike is a bicycle with an integrated electric motor which can be used for propulsion. … E-bikes are the electric motor-powered versions of motorized bicycles, which have been in use since the late 19th century.”

They are basically a regular bike on steroids and allow you to have different levels of pedal assistance to pedal as hard or little as you like, while still being propelled forward.

If you’re going to purchase an electrical bike, there are also e-bike laws you will need to make yourself aware of before riding on public roads or property. We will cover these lastly to leave the legalities for the end!

So what about the comparative value if you’re weighing out the daydream of swapping your car for an e-bike? Is it worth it to make the conversion?

If you’re a bike enthusiast already, you may need little selling here.

Some of the elements to assess when comparing vehicle with the prospect of an electric bike are:

Electric bikes – according to Electric Bike Review, the true cost of owning an electric bike is:

Even the most expensive electrical bike should be around a third of the cost of a car.

Cars – According to this piece on The American Automobile Association (AAA), “it costs $8,876 per year to own and operate an average car. Now, if you add that up over 50 years, it comes to $443,800, based on current dollars.”

Electric bikes – Comparatively, the maintenance of an electrical bike is quite minimal. You will have:

Adding the last two sections together –

If money is the deciding factor for you, I think you have your answer. What would you do with a $95,000 savings?

Cars – will make it much easier to get long distances. If your commute it over 10 miles, you should keep your car.

Electric bikes – most models will stay charged for around 22-50 miles. So you have to divide that by two for each direction of your commute (to work and back home) If your commute is shorter than this, I see no reason why you shouldn’t put that $90,000 savings towards retirement or a trip to Alaska.

Cars – will certainly require less energy-exertion from you. If you achieve your physical fitness in other ways and don’t want to give up your car, consider purchasing a standard bike, so you actually get some pedaling in.

Using this Fuel Emissions Chart from Green Car Reports, we can see that it depends on the type of car and bike. The creator of this experiment measured fuel emissions between two popular electrical bike models and two popular eco-friendly green cars. The findings were:

The data analysis concludes from these findings that “consuming an average diet and riding a bike is lower-carbon than an electric car powered on natural gas,” he said, “but worse than one powered by nuclear, solar, hydro, or wind.”

Cars – on average, will be much worse for the environment and raise your carbon footprint.

Electric Bikes – cost about $1.80 a month on your electrical bill, emit no harmful toxins, pollutants, or chemicals, while also offering you more time outdoors to enjoy the benefits of being outdoors.

The Verdict in Cars vs. E-bikes:

Sounds like electrical bikes take the cake in cost, maintenance, fitness levels, and being environmentally-friendly. Perhaps the only thing that cars are dominating in are under the ‘commute,’ category if you have a longer distance than the battery can take you.

So I think the score is…

Electrical Bikes – 4 (winning in everything else)

This will be much shorter to cover since you’ve already read all of the details on the electric bike in the car comparison. When assessing e-bikes with your classic, tried-and-true bicycle models, here are the factors to consider:

Traditional bikes – The average costs will depend on what type of bike you’re looking at. Here’s some approximates.

Traditional bikes – it costs an average of $350 to commute by. They will require minimal maintenance and only when things like chains break ($20-$50 to fix), or tire replacements pop up ($50-$100 to fix).

Electric bikes – battery and tire replacement. About $2,000 every 5 years as covered above.

It will be somewhere between three and ten times the cost of a traditional bike to purchase an electric.

Keep price in mind as one of the major factors that will determine what suits your budget and what is worth the investment.

Traditional bikes – If your commute is extremely long and you are showing up each day drenched in sweat, so exhausted you can’t talk, running late to every appointment and arriving unhinged – you definitely need an adjustment.

Electric bikes – In the classification of ‘commute,’ electric bikes win by a landslide due to how much easier your commute will be when something is doing the pedal work for you.

Traditional bikes – these will reign victorious in comparing fitness level. You do actually have to pedal with these, so it is arguable you will get more exercise. However, there has been a study done that says people are riding their e-bikes more often than their traditional bikes just because they are so much more enjoyable.

Each of these are environmentally friendly, and neither will harm the environment in an impactful measure. You may be using a few more watts of electricity with an electric model, but any type of bike will be better for the earth than your car.

The Verdict in Cars vs. E-bikes:

Traditional bikes will cost significantly less, offer you a more intense workout, and still lower your carbon footprint. Electric bikes may get you out riding more often solely because you’re not showing up everywhere a depleted wrench.

So I believe the score is:

I don’t think there is a wrong or right answer here. Only what suits your preferences, aligns with your lifestyle, and seems appropriate for your budget.

If you have a quick distance to go, grab a traditional bike, and put in some work! But if you’ve got over 5 miles to go and need to arrive looking composed, the electric bike will win every time.

Other Questions to Consider

With the surge of electric bikes we’ve seen in the last 10 years, the legislation has had to make some rapid adjustments and change their laws surrounding these electric contraptions quite frequently.

The laws surrounding electrical bikes are still stirring up the sand, and it may take more time before the dust settles.

For now, our government is having a difficult time pinpointing if the laws regarding electrical bikes should be closer to that of bike law, or vehicle law. It’s really neither of these two options, yet it’s both at the same time.

On a federal level, congress has passed the HB 727 amending the product safety commission on electrical bikes.  This asserts that an electrical bicycle can be defined as:

“A two- or three-wheeled vehicle with fully operable pedals and an electric motor of less than 750 watts (1 h.p.), whose maximum speed on a paved level surface, when powered solely by such a motor while ridden by an operator who weighs 170 pounds, is less than 20 mph.”

Some states like Kentucky and Mississippi haven’t yet been able to define electric bikes, so the laws are currently unclear.

We can’t offer you an exact formula to follow, as it’s different for each state. So we suggest you read up on the Electrical Bike Laws State by State.  The caveat of these legislation adaption basically states that you can only be fined for going over the speed limit if they can prove you were speeding while using the electric motor. If it simply looks like you’re pedaling, they have no way to prove if you were biking with the motor turned on or off.

Sadly, there has been an increase in injuries and fatalities due to electric bikes, but this is to be expected when we are using them more.  The important takeaways are that they don’t want you going too fast as this is a danger to other cars, other bikes, as well as pedestrians.

Pros of an Electric Bike

If you’re still on the fence, here are a few reasons you should hop on the bandwagon and not think twice!

Cons of an Electric Bike

I’m all about playing devil’s advocate and want you to be able to weigh out all angles of this decision. When determining if the electric bike is worth it to you, tune into your self-awareness to see if any of these cons register an instinct decision for you:

At this point in the research, I think you intuitively know by now if an ‘electric bike is worth it’ or not.

Do not feel pressured to move in the herd direction just because it’s trendy. Only invest in an electrical bike if it’s calling to your heart, going to make your life easier, and feels truly ‘worth’ the investment to you.

Another factor worth mentioning which may sway your decision is that most distributers will offer at least a 30-day return policy, if not longer and/or ,  a 1-year warranty.

They do want your satisfaction to be guaranteed, so why not at least try an electrical bike?

If you hate it – return it, no harm, no foul. But if you love it… well. The rest will be history.

So what do you think? Is an electrical bike worth it, or will you be riding off into the sunset on your trusted Camry?